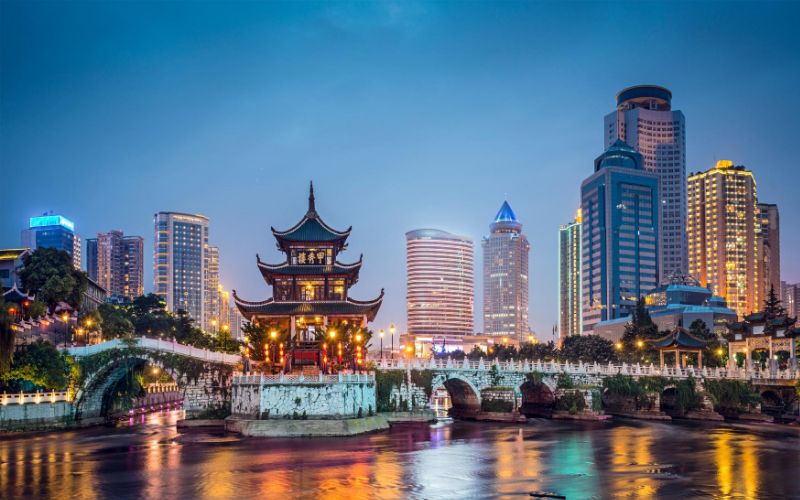 Whoever has invested in the import-export market, have a fair idea that Chinese suppliers are the best for importing goods at a dirt-cheap price.

Doing is business with China is an all-time favorite for business. They might be a little difficult-to-handle business partner, but once you have set the terms, no one does business better than the Chinese.

But if you want to get the best Chinese suppliers, you need to know the best cities for doing business in China.

Only when you get suppliers from the best cities, you get the best deal and quality products.

Here we have listed the top 10 Chinese cities that are best for import business. Each of the specific trade rules you need to follow. If you know the cities and these norms, you can easily establish a smooth business with China and earn a good fortune.

You can choose suppliers from any corner of China, but doing business with suppliers from the major cities come with their set of advantages. The primary advantage of this arrangement is the chance of overcoming language barriers. The more interior you go, the fewer number of English speaking suppliers are there for you. Choosing suppliers from these 10 cities will help you handle the business better.

1. Shanghai or Wu or Shen

Shanghai, the biggest Chinese city, is the best in China for everything. Starting from the economy, trade, transportation to shipping. In fact, the highest GDP in China comes from Shanghai. Plus, Shanghai has the best international port for trading.

Naturally, it is considered the best city for import business. The trade market in Shanghai is ever-growing. They didn’t even see a recession during 2008 when the world had an economic crash!

This is truly the best place to conduct international business where the people believe in building relationship.

2. Beijing, one of the best cities for doing business in China

Beijing, the Chine capital, is also the lead city of Chinese culture and heritage, having 6 world heritage sites. But Beijing is more than just a cultural hub. From ancient times, Beijing stood as one of the leading cities for business and trading.

From face recognition apps to instant-pay-cash apps, Beijing is the city that is fast in everything. So is their aggressiveness when it comes to business. The city officials have taken certain measures to create a business-friendly environment in the city. Here is a why we consider Beijing as the most business-friendly city of China-

a. Time to start a business here

Can you imagine, Beijing is so fast in authorizing a business, you can set up on in just a week? There are one-window stations in each of the 5 districts of Beijing that take registration applications through online portals and provide approvals. If the load of registration is a bit low, they can let it happen in a day too. To know more about this, you check the norms for online registration at the State Administration for Industry and Commerce website of China.

b. Registration of a property

Beijing, in order to promote foreign trading, is now offering easy policies for Chinese business visas, foreign investments, and even residency. All stringent laws related to foreign investment are now relaxed for your convenience.

3. Guangzhou, the shipping and commercial hub since the Qi Dynasty

Guangzhou has been known for its increasing market in foreign trade. This place experiences an growth in GDP by 13%. It holds the comprehensive strength of being the third best city in china for import-export trade.

4. Hangzhou, the hub of technology

Hangzhou is world-famous for hi-tech trading. Since the G20 summit policies, Hangzhou emerged in the international market as one of the lead players in the import-export business. Some trade features of Hangzhou that won over the market are-

5. Shenzhen, the technology giant of China

6. Wuhan, yet another in the list of best cities for doing business in China

Wuhan is known for its integrated transport system and industries. From 2014 to 2015, the GDP of Wuhan has grown by 8.8%. Wuhan’s trade fame is not restricted to international business but also stretches to the domestic trade market.

This is considered as the economic hub of Central China because of the technology and scientific development parks, over 1600 technology institutes, and more. Some other advantages that are making Wuhan one of the best cities for doing business in China –

7. Chengdu, the center for logistics

Chengdu is well known for its logistical power, technology, communication business, and transportation. The GDP fo this place has grown by 7.7% from 2015 to 2016. So the growth is very promising for developing a business over here. If you want to import items from china then is the manufacturing base for many suppliers.

8. Suzhou, the best city for service

Suzhou is the largest manufacturing hub of China, located very close to Shanghai. The city indulges in trading of electronic equipment, IT, steel, and more. Suzhou has grown considerably over the years and shows a growth of 7% GDP every year.

9. Chongqing, the river-connecting city for business

Chongqing is a modern city for ideal trading as it is well connected with the Yangtze River. Reasons, why it grew to be so important, are-

10. Tianjin, one of the best cities for doing business in China

Tianjin has been known for its great economy since 1860. It is one of the oldest cities in China to have a port for industrial development.

If you are looking for the best cities for doing business in China, there are many opportunities here. Look for the cities that provide Government support when it comes to foreign trade. When you get incentivized for the business and have a great mode of transportation, business is bound to bloom.